For the past five years, the Hoofed Animal Keepers at Out of Africa Wildlife Park have organized an event to raise funds and awareness for conservation on World Rhino Day. This year’s event, “Conserve the Crash Bash,” will be held in Flagstaff, AZ on September 21, 2019, at The Mayor from 7:00 PM – 10:00 PM. All proceeds from the event will be donated to The International Rhino Foundation (IRF). 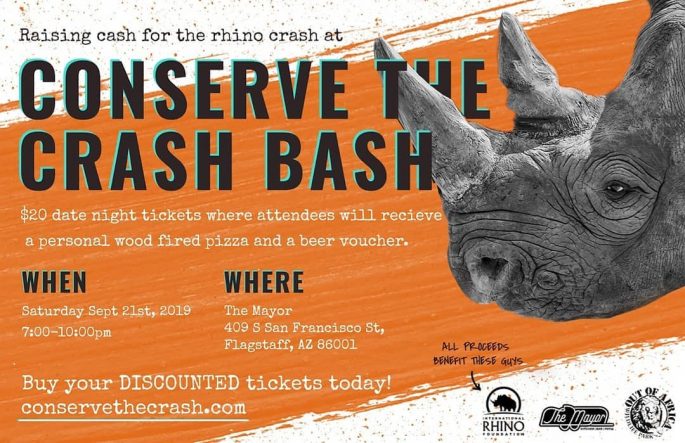 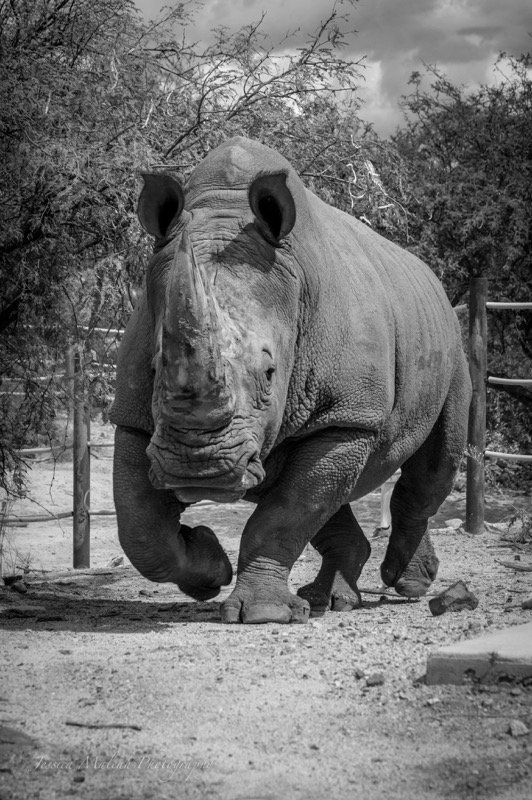 The IRF is a charitable organization (501c3) that tracks and monitors rhino populations, treats injured rhinos, rehabilitates and returns orphaned rhinos to the wild, translocates animals from high-risk areas to safer locations, and works with local communities to build support for endangered species conservation. In South Africa alone, poachers kill three or more rhinos per day to feed the demand for horn on the black market. Rhino horn is primarily valued as an ingredient in Chinese medicine, despite the fact that there is no scientific evidence that it has any medicinal value. Organizations like the IRF are trying hard to dispel myths like these and promote sustainable practices like eco-tourism. In this way, they hope to demonstrate that rhinos are more valuable alive to the local community… if they fail, there is a very real possibility that rhinos could go extinct in our lifetime.

“Conserve the Crash Bash” is an opportunity for zoo professionals and animal lovers alike to do their part to help preserve these magnificent animals for future generations.  Zoos and wildlife parks do their part in introducing visitors to animal ambassadors like Jericho- our 22 years old white rhinoceros.  By connecting people to animals, we hope to inspire people to participate in conservation efforts or to simply change their daily habits like avoiding products with palm oil or recycling more often.  As technology and the growing population bring us ever closer together, choices like these matter more each day.  We hope to make a impact this World Rhino Day- if we can save just one rhino, we would consider the event a HUGE success!